Several years ago the principal of an elementary charter school in a blighted Chicago neighborhood asked me to teach his staff about college admission. The school was decorated with college banners and posters; the teachers hung their alma mater’s insignia outside their doors and in their classrooms; there was a “sweatshirt day” where adults wore their schools’ clothing. Cadres of students took the names of colleges and universities to identify themselves.

The school was committed to making sure its students got to college, the principal told me. He was especially proud that they took their second graders on a trip to the Northwestern University campus. This last fact took me aback. Second graders? On a college trip? I couldn’t imagine what second graders of any background would gain from a campus visit except a day off of schools and an opportunity to gambol on Northwestern’s beautiful lakefront. I certainly couldn’t see them sitting still for the standard admission office presentation or for anything more than a brief hello from some students and lunch in Norris Center. 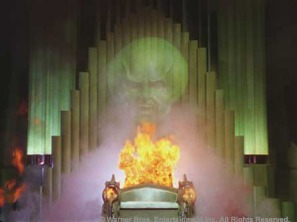 I challenged the principal: What was the idea behind the trip? He told me students from underserved backgrounds needed to see what they could have if they worked hard in school. I countered that second graders don’t really have the capacity to think and plan that far ahead about anything, much less college. It would be hard for them to understand or remember the connection. We need to show them what they could have, he repeated.

As I thought about my presentation to the school’s staff, I kept turning the trip over in my head. Although it would be a fun day for the kids (who wouldn’t want to spend time on NU’s campus?), it seemed developmentally inappropriate to expose them to college this way, expecting them to internalize it. I decided to bring the message closer to grade school level.

Luckily, I have a collection of stuffed mascots I’ve collected from various institutions over the years: several bears, a moose, a duck, and some mythical creatures as well. Normally, they huddle on a shelf in my house; the day of the presentation I piled them in a bag and brought them along.

Elementary school kids love stories and animals; they love to act; they love to pretend; their imaginations are at their unfiltered peak. I suggested that, instead of abstractly signifying about their alma maters, teachers”adopt” their mascots and have the kids write stories about them, take care of them, and learn about them. What’s a badger (Bucky Badger of the University of Wisconsin)? 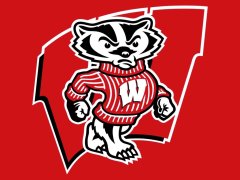 What’s a wolverine (the University of Michigan’s mascot)? 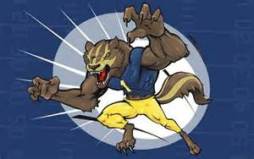 Adopting these creatures would provide a connection to college as the school desired, and serve as sources for plenty of appropriate activities important to elementary school students’ development.

In the years since, I’ve heard about more and more grade schools in poor neighborhoods taking their students to visit college campuses hoping to inspire them to do well in school. I contend this is wasted effort based on a faulty premise. Schools should focus on making sure their students are academically prepared for high school and college, not conjuring up a distant Oz that counts on the glitter of college to somehow spark intellectual achievement.

The impulse for these early campus visits comes, I believe, from the desire to replicate upper middle-class behavior in underserved students, assuming it will rub off on them and make them amenable to attending college. Privileged children grow up surrounded by college, the thinking goes. From early days, they’re taken to their parents’ alumni events; see college sweatshirts, class rings, highball glasses, and diplomas in the house; and hear the conversations of highly educated adults. The child absorbs the qi of these things, assumes college is in his or her future, and works hard to attain it. By adopting the talismans of privilege, poor kids can be transformed into college-bound students.

But merely mapping upper middle-class behaviors and outlooks onto students, especially very young students from poor neighborhoods mistakes the map for the thing. It neglects meaning in favor of appearance, while also being developmentally inappropriate. The behavior of the privileged is coupled with good schools, enrichment opportunities, numerous activities, and cultivation of a child’s talents and abilities. Lacking that depth, underserved students exposed only to images of college see only the surface, not the substance that will be required of them to succeed. This is a tragedy for the very students these schools claim to serve.

The way to prepare students from any background for successful post-secondary careers whether they attend college or not is to educate them. Any other tactic is an empty promise. There’s no getting around this fact. It’s wrong to bring second graders to a college campus if they’re not being given the kinds of academic and imaginative experiences that will inspire them to keep learning. It’s wrong to spend massive amounts of time and effort on test prep at the expense of being well taught in the first place. It’s wrong to teach poor students that performing menial tasks, obeying instructions, filling in forms, and learning how to make eye contact are somehow “education” when in reality they are more about pacification and control.

I recently tutored a high school senior completing an online history course for graduation credit. I don’t know his background except that he is a soft spoken African American currently living away from his home. In the course of an hour we went through four screens, one each on Mesopotamia, Egypt, the Indus Valley, and the Andes. No reasons were offered for why they were in the same unit; no principle of historical analysis was given. Each screen had about three paragraphs of the most elementary information, provided no context and not a single thing of interest. (The brief sentences on the Phoenicians, for examples didn’t mention that they gave us our alphabet.) All he had to do was copy what was on the screen into a notebook and then complete a few simple quizzes that he could answer just by looking at what he’d copied.

Would you blame anyone in these circumstances for thinking that continuing his education would be a dreary waste of time? Or that what he was doing somehow was “being educated?” My “tutoring” consisted mainly of trying to enliven the deadness of the course with stories about the Egyptians, the Inca, and Phoenicians, which he enjoyed and found interesting, but which didn’t matter to his grade. He was never asked to engage with an idea or offer a hypothesis. I could tell many similar stories, as well.

However bright he may be, his mind is still a tabula rasa, no matter how many times he’s been exposed to college campuses or cheerleaders for a college education. Whether or not he has attending college in his mind, it’ll be a hollow achievement without having been properly educated in the first place. Imposing upper middle-class expectations onto underserved students, if that in itself is even desirable, requires also providing the substance that underlies those expectations. (The lack of education is the primary, although not the only, reason so many underserved students feel lost when they get to college.) That includes helping them develop the talents and capacities that will serve them throughout their lives, not just those that will “get them into college.” Celebrating form over substance leads to a dead end no matter what the eventual outcome.